Register for the next 5 for € 5 tour on the first friday of every month at 4pm!
The next tour will take place on the 13th of January.

The Museum “Art of the Lost Generation” holds an extraordinary private collection of artworks by artists of the so-called “Lost Generation”. The art historian Rainer Zimmermann (1920-2009) coined the term “missing” or “lost” generation in 1980, drawing a parallel with the “lost generation” of which Hannah Arendt (1906-1975) and Gertrude Stein wrote in connection with the American writers of the 1920s.

These artists were born around the turn of the 20th century in the German Empire, the Austro-Hungarian Empire or in the neighbouring territories of the Russian Empire to the east. They endured massive restrictions in their work as artists under the National Socialists, were ostracised and denounced as “degenerate”. For this reason, most of these artists remained unknown to a broader public. They studied with famous teachers of the time such as Max Liebermann (1847-1935), Max Beckmann (1884-1950), Otto Dix (1891-1969), Lovis Corinth (1858-1925) and Henri Matisse (1869-1954), and many of them had already reached the pinnacle of their artistic creativity when the Nazis seized power in 1933. But the subsequent shift in the political landscape brought about a radical caesura in artistic and cultural life. When the Nazis set up their “Reichskulturkammer”, the “Imperial Chamber of Art”, this created obvious restrictions in all areas of culture. Art was now only allowed to serve the reigning ideology and its propaganda. The prevailing stylistic pluralism of the time was no longer desirable. Many of these artists were treated with hostility for political, racial or religious reasons, and were persecuted, driven to emigrate or even murdered. Their artworks were removed from public collections and museums in the wake of the “Degenerate Art” campaign of 1937 and were ridiculed, destroyed, or – in some luckier cases – hidden away.

The Museum “Art of the Lost Generation”

The Museum “Art of the Lost Generation” was opened by Prof. Dr Heinz Böhme in October 2017 with the exhibition “We haven’t seen each other for so long”. This privately run, non-profit museum aims to raise awareness of the artists of the “Lost Generation” and to shed light on their life stories. The Böhme Collection currently comprises some 530 works, most of them oil paintings. The Collection is continually being expanded.

The Museum occupies historical premises in an old, traditional Salzburg house, the “Steinhauserhaus”, which was built in circa 1300. It allows visitors an insight into the collector’s “second living room”, and with its mixture of contemporary and antique furniture and its library on the topic of the Lost Generation, it invites its visitors to linger. The Museum has a total of 300 square metres of exhibition space. The collector himself is often present, and is happy to show visitors around his collection when asked.

A special surprise for art lovers!

We will open our museum exclusively for you to discover our current exhibitions. Upon request, it is possible to pick out your favourite work from the collection which will be displayed especially for you. Contact us for more information and for a non-binding offer!

If you own artworks that might fit this collection and that you would like to offer the museum, please don’t hesitate to contact us. You can also e-mail us with a photo of the artwork. We will consider if the artwork fits into our collection.

Register for the next 5 for € 5 tour on the first friday of every month at 4pm!
The next tour will take place on the 13th of January.

Meet Me in PARIS!

Destinies from the Böhme Collection 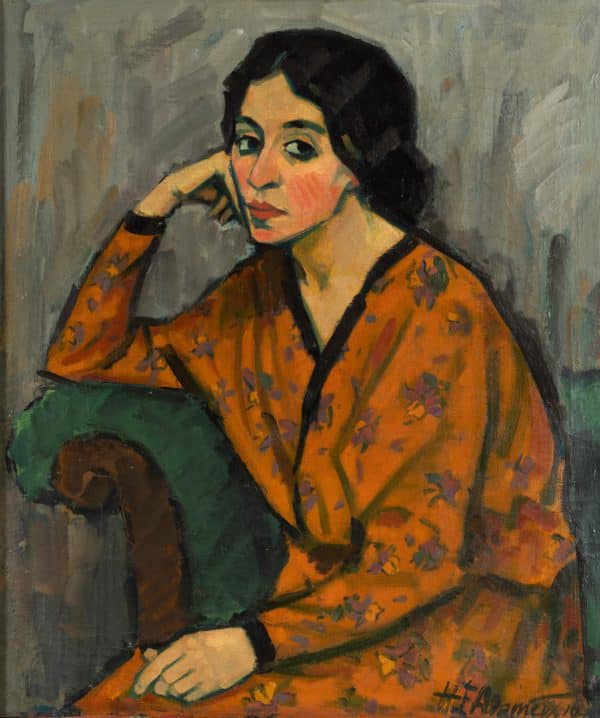 Female destinies in the Böhme Collection

Meet Me in PARIS!

Destinies from the Böhme Collection