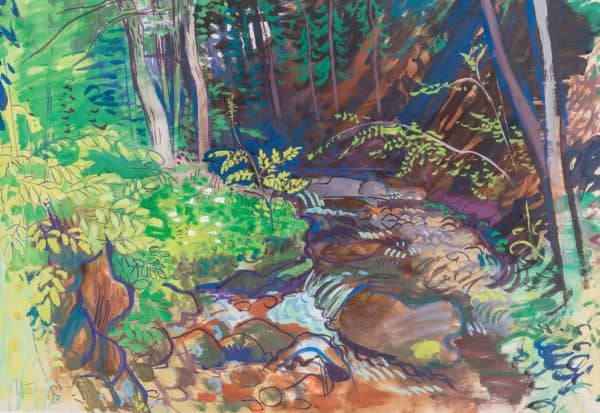 Eduard Bäumer was born in Kastellaun in Hunsrück. His family moved to Frankfurt am Main in 1895. After the early death of his father in 1904, the Frankfurt orphanage took on responsibility for the children. The orphanage helped Bäumer to begin an apprenticeship with a decorator in Frankfurt. He also attended evening classes at the School of Arts and Crafts. In 1911, Bäumer’s mother died, and he began studies at the Städel Art Institute, though these were interrupted when the First World War broke out in 1914. After the end of the war, Bäumer returned to the Städel Institute in Frankfurt, where he joined the master studio until 1922. In 1923, he married a fellow student, Valerie Feix, who was Jewish.

In 1924, the Bäumers travelled to Italy along with friends who were also painters. Eduard Bäumer’s first exhibition was held afterwards in Frankfurt, and featured paintings he had made during this trip. He became acquainted with Max Beckmann, Paul Hindemith and Georg Swarzenski, who was the director of the Städel Art Institute at the time. In 1927, Bäumer got to know Johannes Itten, with whom he became friends for life. In 1930, he travelled to Paris, where he became friends with Georges Braque, Fernand Léger and Raoul Dufy.

After the Nazis assumed power, Bäumer’s art was vilified, and he moved with his family to Salzburg. In 1938, after the annexation of Austria into the German Reich, Bäumer was forbidden from working as a painter, and his family’s assets were confiscated. Bäumer was not willing to divorce his Jewish wife, so both were committed to forced labour from 1943 onwards. In 1944, he had to flee from Salzburg with his family; they returned after the end of the war. In 1947, he was invited to head the masterclass for painting at the Academy for Applied Arts in Vienna. He was made a professor in 1950. Bäumer retired from the Academy in 1963, after which he devoted himself solely to painting, working primarily in the south of Italy. 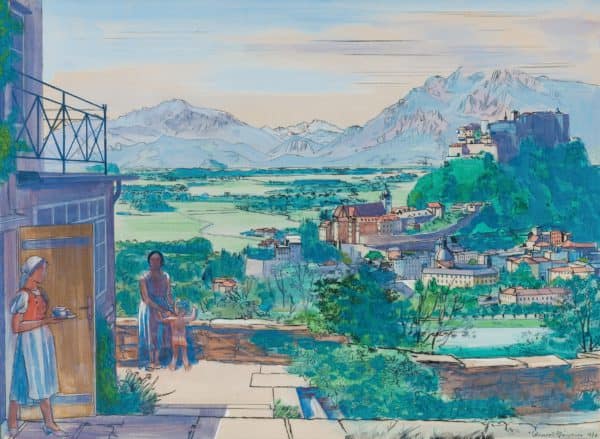 View of Nonnberg and Hohensalzburg | 1934 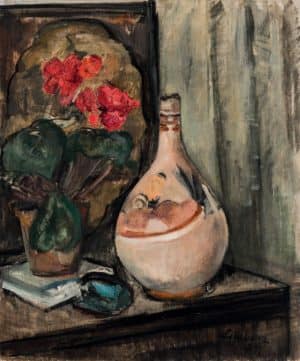 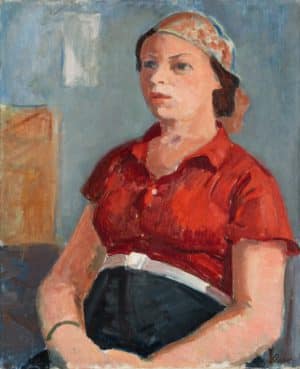 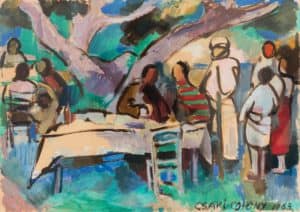 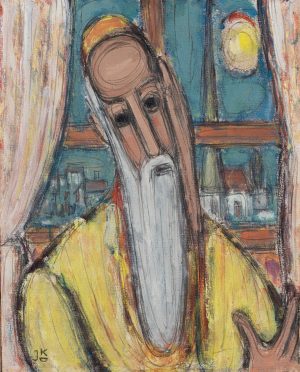 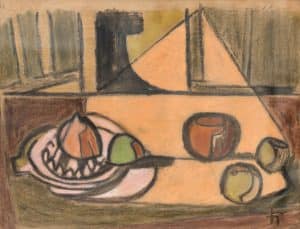 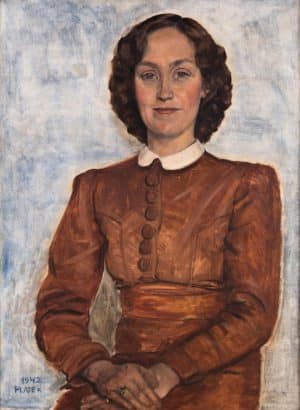