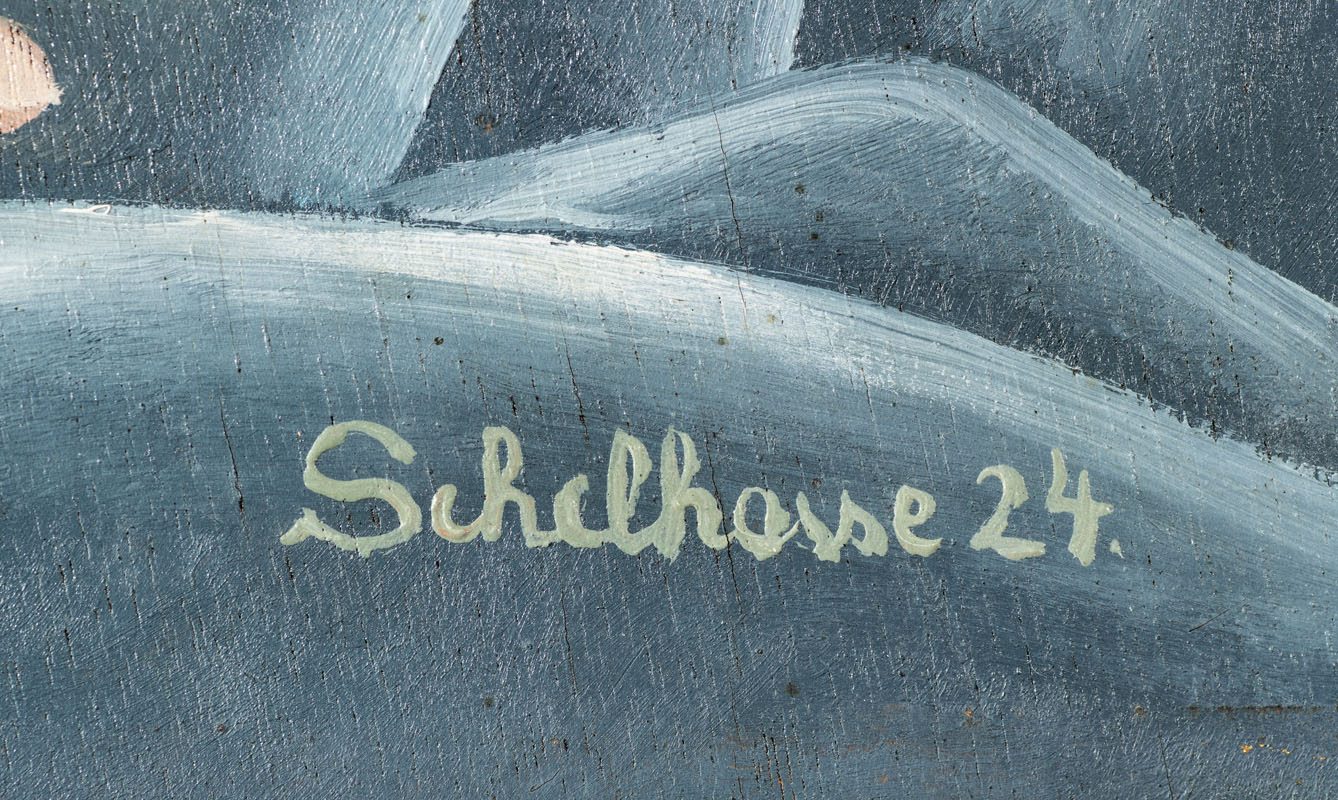 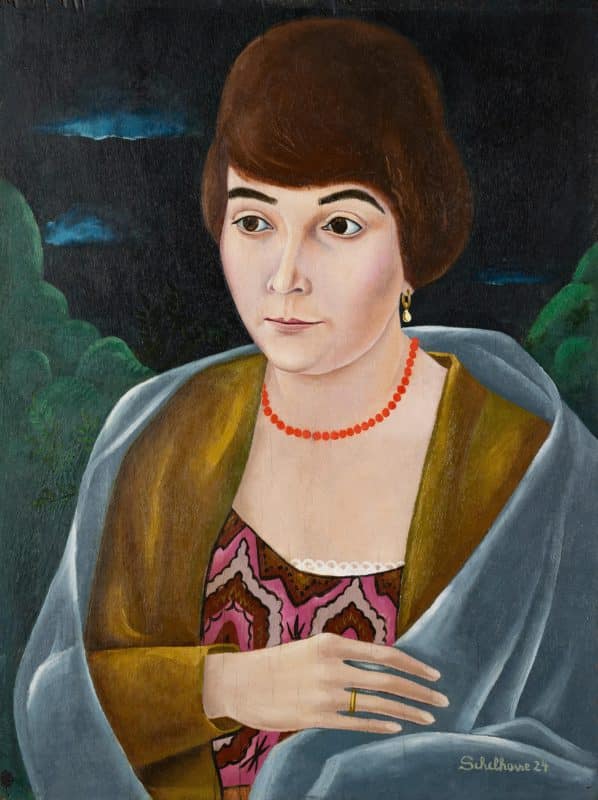 We know little about the life and work of Heinrich Franz Alex Schelhasse. He was born in Bad Lippspringe, in what is today the state of North Rhine-Westphalia. Schelhasse studied at the Art Academy in Kassel under Arnold Bode. In 1923, Schelhasse moved to Berlin where he worked as a mosaic artist and glass painter. In Berlin, he began teaching mosaic, fresco and glass painting in 1931 at the Prussian Academy of Arts.

He was fired from his teaching position in 1933 after the National Socialists assumed power. His work was then regarded as “degenerate”. In order to continue working as an artist, he designed the interiors of numerous Catholic churches in and around Berlin for several years. After the war, Schelhasse set up a studio in his parents’ house in Paderborn. 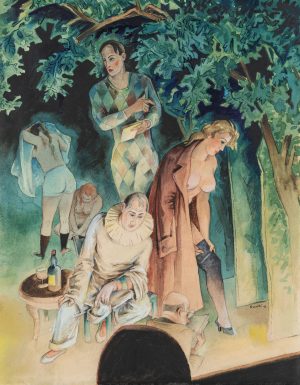 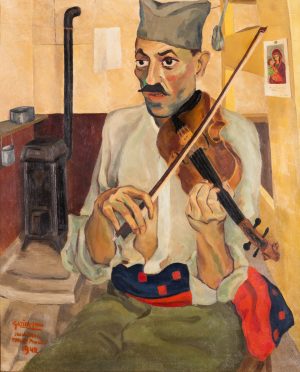 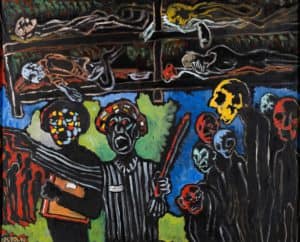 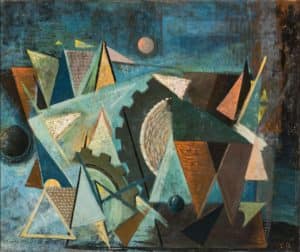 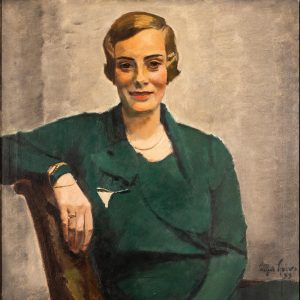 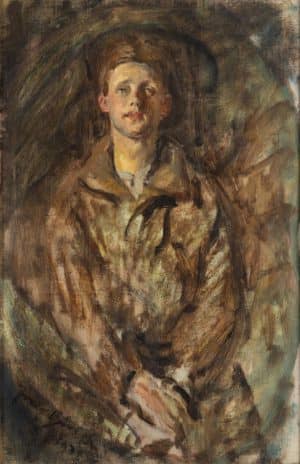